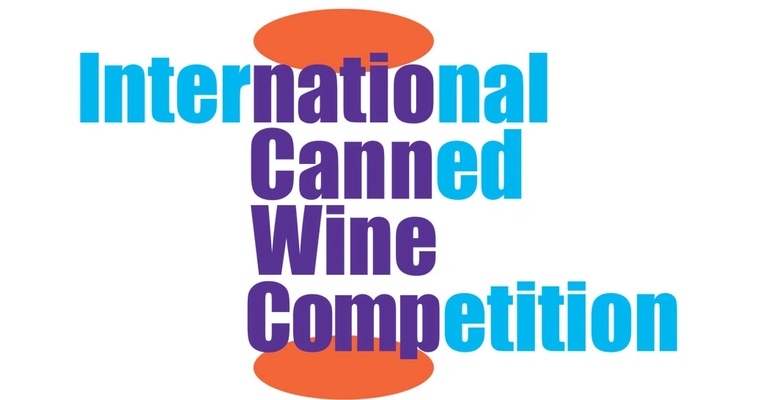 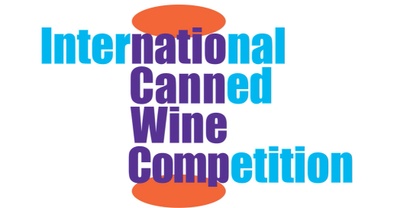 An Illustrated History of Canned Wine

Experiments with canned wine paralleled the introduction of the first beer cans in 1935.  Acampa Brand California Muscatel from Acampa Winery in Lodi, California was one of the first wines to appear in cans. These were flat-top steel cans that required an opener, often referred to as a “church key,” to punch holes in the top.  “Smile with” Vin-tin-age California Muscatel, Port, Sherry and Tokay, canned in Elk Grove, California in 1936, depict a swarthy gentleman in bow tie and wing collar lifting his glass in salute. About the same time Bear Creek Vineyards (also in Lodi and later part of Guild Wineries and Distilleries) canned four wines: Muscatel, Angelica, Port, and Sherry.  Roma Wine Company, also in Lodi, came out with their offering of Muscatel. These were all fortified wines containing about 20% alcohol. Many of these wines were inherently unstable, but the cans were blamed for spoiling the wine, and few further attempts to can wine were made for almost twenty years.

In the 1940s Wine Packaging Corporation of Stockton, California released Sweet Adeline California Port Wine. The cans were crown-capped with low profile cone-shaped tops and paper labels. Since these cans were opened in the same manner as beer bottles it was hoped they would provide an easier transition than flat-top cans. The name Sweet Adeline came from an old song of the same name that was made popular originally by the Hayden Quartet in 1904; presumably it is their silhouettes adorning the lower part of the label. The well known song had been featured in many shows and movies by the time this wine was produced.

During the next ten years wine canning attempts were limited to a few scattered experiments, such as Redi-Shot Wine Cooler from Denver, Colorado; a tall 8 oz. aluminum can produced by Italian Swiss Colony in 1962 called Swiss Mist Light Wine; Party Tyme California Burgundy, Chablis and Cold Duck; and an 8 oz. pull tab can from Mogen David in Chicago titled Cold Bear Grape Wine, a blend of red and white wines. These market tests were all short-lived.

The first wine canned outside the United States may have been from Australia, a 13 oz. flat-top steel can with a paper label called Berrivale Picnic Dry Red.  About the same time a French 35 cl. steel can of Bordeaux Superieur from Bernard Caillan appeared.

A few years later Courtivin Wine Merchants of Macon, France, exported 12 oz. cans of 1964 Chateau de Charmes Beaujolais Superieur to the United States. This trial was soon discontinued, but about 1971 the French again tried selling canned wine in the U.S., specifically a 12 oz. can containing a red wine labeled Beaujolais. This product sold for some time before being discontinued; several versions were produced, including both flat-top and pull-tab steel cans.

Venezuela and Argentina were the sources of other early unusual canned wines.  Sangria Torito, a tall 10 oz. steel can encircled by a painting of a bullfight, was imported to the U.S. from Venezuela.  It was labeled “Superb red wine of Spain with citrus fruit juices added.”  From Argentina came Peñaflor Vino Tinto, a red wine in a striking modern punch top steel can.

Although the French abandoned the U.S. market for canned wine, in 1981 they test marketed a pair of 33 cl. aluminum cans in England.  The brand name of this matched pair, vin blanc and vin rouge, was La Sonelle, “a French vin de table specially selected for the can.”

The result of the test was the 1982 release of these wines in England, but in a redesigned tall 25 cl. can.  English producers followed suit, importing European wines either in bulk to be canned in England or in cans expressly designed and filled for the producer.  These included St. Michael Hock (German Table Wine), Italian Red and White Table Wine as well as Nicolas French Red and French White Wine, imported by Grants of St. James. It wasn’t long before every major supermarket chain in England had a complete line of imported wine in cans bearing their logo.

The Italian wine industry jumped into the act in 1983, marketing Giacobazzi Red, White and Rosé table wine as well as Cavicchiolo Vino Frizzante Bianco and Rosso, along with many other brands, in short squat 25 cl. cans.

Wine coolers contributed to the next resurgence of canned wine in the United States, starting in 1979.  The first to achieve widespread distribution were 12 oz. cans of Lite Red and Lite White Wine Coolers, produced by Villa Bianchi Winery in Kernan, California.  The original design was replaced but the cans were distributed nationally with good success.  Other wine coolers began to appear and the cooler craze was on.  Other notable canned coolers were Steidl’s Red and White Wine Cooler (produced by Canada Dry) and Canada Cooler from Casabello Wines, British Colombia, Canada, introduced in 1984.

In the fall of 1980, Taylor California Cellars joined forces with United Airlines for an in-flight test of 6.3 oz. cans of Burgundy and Chablis. The cans had obvious functional advantages: they were lighter and more compact than bottles, so they cost less to carry aboard. In early 1982 Delta Air Lines decided to serve canned wines on all their flights. Passengers did not warm to the cans, however; it was not long before both airlines were back to serving wine in bottles.

Shortly thereafter Taylor California Cellars began test marketing their Burgundy and Chablis as well as a Rosé in cans in supermarkets in a few areas. Eventually these three canned wines were sold in many parts of the U.S., accounting for 1% of Taylor California Cellars sales. Another winery to test 6.3 oz. cans on store shelves was Geyser Peak Winery in Geyserville, California. Their Summit brand Burgundy and Chablis were marketed extensively in the Sacramento, California area starting in 1981 (100,000 cases were sold), but the project was dropped by new owners when the winery was sold.

In 1982 Villa Bianchi Winery followed its successful wine coolers with 6.3 oz. cans of Chablis, Burgundy and Vin Rosé d’Casa. These cans were sold in 45 states, giving Villa Bianchi the widest distribution of canned wine to that point.

Innovative Australian vintners focused on canned wines. Greg Stokes sold 30,000 cans of Iron Bridge Cabernet Shiraz in Australia in 1998. He then teamed up with Steve Barics to form Barokes Wines based in South Melbourne. They spent nine years developing and patenting the Vinsafe canning technology, which assures stability of premium varietal wines and a shelf life of at least five years. Their 250 ml. cans are distributed in Asia, Europe, Canada, New Zealand and Australia.

The release of Niebaum-Coppola’s Sofia Mini Blanc de Blancs sparkling wine in 2004, in a stylish pink aluminum can complete with an attached straw, ushered in the current wave of canned wines in the United States.  Since then literally hundreds of producers have brought out wine in cans. The availability of portable canning lines made it possible for boutique wineries to can small batches, breaking the domination of the market by the large producers with in-house canning lines.

The Infinite Monkey Theorem Urban Winery in Denver, Colorado introduced a line of canned wine in 2011, modestly described as "ridiculously good wine in a can."  Since the release of the original line they have redesigned the fronts of their cans and added two Bubble Universe sparkling wines, Sauvignon Blanc and a Peach Bellini.

Some of the earliest vintage dated varietal wines of the recent wave came from Field Recordings Winery in Paso Robles, which tested their first cans in October 2014.

The Underwood line of canned wines from the Union Wine Company in Oregon has become a leader in the field, achieving extensive distribution nationally.